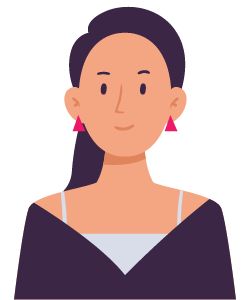 How To Deal With Prophecies About Negative Events

The Bible and other religious and spiritual texts offer prophecies about the world, with many projected onto the United States due to its prominent world standing. But anyone looking at these prophecies needs to step back a bit and really evaluate what they're reading (and yes, you can do that without looking like you have no faith). Prophecies, especially biblical prophecies from centuries ago, aren't always what you think they are.

It's easy to take a prophecy literally. If a line in the Bible says something about tribulations and war, the easiest path is to imagine an actual war putting everyone through tribulations. But these prophecies aren't necessarily literal. War and tribulation could be a mental struggle about something like which steps to take to combat climate change while not drastically altering the way of life people are used to, for example. A prophecy about the end of the world could really be about the end of the world as people have perceived it previously, with some new information coming to light that changes how people see the world. Maybe there's a breakthrough in science or medicine that changes a long-held belief. That's the end of the world as you knew it, but not the actual end of the planet or you.

If It Didn't Come True, Maybe It Was a Successful Prophecy

Take a prophecy that calls for something that sounds horrible. Assume it's literal for the moment. What would it mean if it didn't come true? Does it mean that it was false? Or does it mean that people worked behind the scenes to avoid the terrible thing that was supposed to happen? If that last scenario is correct, then the prophecy was actually successful because it gave people the warning they needed to change something and prevent the terrible thing. Prophecies are statements about a future event. They are warnings or advance notice. They are not commands to go through with the future event.

Prophecies that foretell negative events can take their toll on you mentally as you worry about how your family and friends will fare. But keeping in mind that prophecies may not be literal should help ease the worry a bit. Along with that, though, you should take the attitude that all will work out well. Otherwise, you'll get little done in your day-to-day life, and should the prophecy not come to pass, you're left with pretty much your same, everyday life, only with less done.

Prophecy-watching can be really interesting, but remember that a prophecy is a cryptic notice about something that is supposed to happen. You can't stop living your life due to a prophecy, and you should remember that translation upon translation can change meanings enough to make the prophecy you're reading not the same as the one that was written.

Contact a local service to learn more about American prophecies.